Mike Wiendels of Minimum Studio is no stranger to remote and asynchronous work. With his team having started remotely, he knows the value of offsites that are full of fun, play and some work of course. After seeing his tweet, we invited Mike to walk and talk with us to discuss the balance between async work and in-person team-building opportunities.

Spot: I saw that wonderful tweet of you and your team at your retreat! You mentioned you love working remotely, but it can be hard to build deep connections. How are you staying connected as a remote-based team?

Mike: We basically started the business while completely remote, so we've always been async. This meeting-up-in-person thing has just really been another new layer. Before that, we were experimenting quite a bit with what kind of contact moments to introduce and how to keep the freedom of the async work. You want to give people a lot of freedom but at the same time, you also don't want to isolate people.

Everyone at the company has a 1:1 with me or my cofounder on a bi-weekly basis. There’s really not a format, we try to kind of just hangout with people. See how they are feeling, how their weekend was, or how they feel in general - kind of what you would have in an office environment. Those are the main face-to-face meetings that we do to stay in touch.

S: That sounds wonderful. What tools are you using to do that?

M: We love using Twist, which is a more asynchronous focused alternative to Slack. It's less like a chat room and more like a forum where you can focus on taking your time to write something out completely. I think sitting with something for a while and thinking it through before you respond is really in line with asynchronous work. Everyone expects you to reply when you feel like it and nothing gets lost in one big thread because it all gets structured into topics.

We also use Notion and Loom. I think without Loom, we probably wouldn't exist. We do a lot of basic video, which I think is by far the best way for us to communicate because we're also building software or designing things. We often have something to show people and it is easier to just walk people through it. So Loom is crucial for us.

S: Wonderful! Are Notion and Loom facilitating or creating that sense of connection for you and your team?

M: It's a bit of a trade off. You always lose some sense of a connection that you have in a physical meeting, but it does communicate more than just written text which can be misinterpreted quite easily. You can see the emotion as well so you have an idea of someone’s state of mind. If someone sends you a Loom where they're super tired, or energized and happy about something, you transfer a lot more of the energy that way. It feels like you have a little bit more access to the full picture.

S: It’s clear that you’re using tools to support employee collaboration and connection. Has anyone vocalized concerns about not feeling connected? Any challenges you can speak to?

M: Yeah, and that's kind of why it's very relevant to me now because we have grown into this team in only the past six months. Now there are more people, so you start to see those problems where people don’t really know each other or know what everyone is working on. It’s also really hard to get back into the groove if you don't have people around you to motivate you.

But like I said, the retreat is one of our ways to help solve that, to build more of a team. Maybe now you have an inside joke because you went away for a bit, talking about something different than just work for a while. It’s just hard to do that in a Zoom meeting.

The challenges are mostly in collaboration. Sometimes you can get a lot of creativity with just two people reflecting on an idea - but it's kind of hard because that normally happens spontaneously.

S: To all the startup founders out there seeking to build a remote-first organization, what tips or recommendations do you want to share with them?

M: I think the most important thing is to try not to mimic an office. Do not replace everything you do at an office with a Zoom meeting, just really try to embrace your asynchronous work. Also understanding that it's different and you need to rethink a lot of things. Don’t just do exactly the same things that make an office great, you actually have to build it up from a new viewpoint. Asynchronous work should be the focus.

Second thing is that you need to be conscious of what people need in terms of social interaction. It also really depends on what kind of team you build and their personalities, but you should probably spend time thinking about what drives people in their work. If that is a lot of social interaction or a lot of fun with colleagues, there should be some kind of substitute. Otherwise, people will really miss that. Alternatively, if they are independent in general - they might figure things out on their own and prefer long stretches of time focusing.

Are you a leader in the remote work space with a perspective on working styles for remote teams? Then we want to hear from you! Book time with a Walking Coach here. 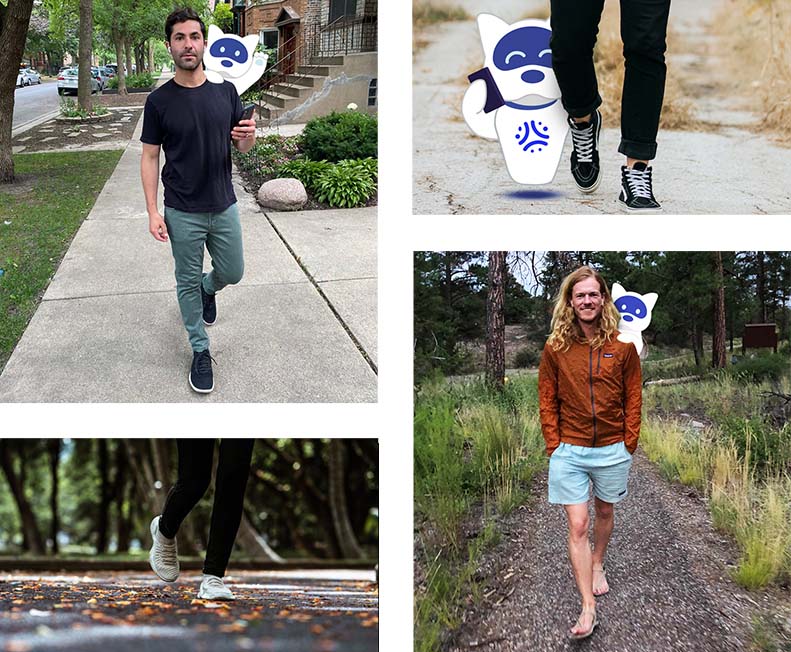